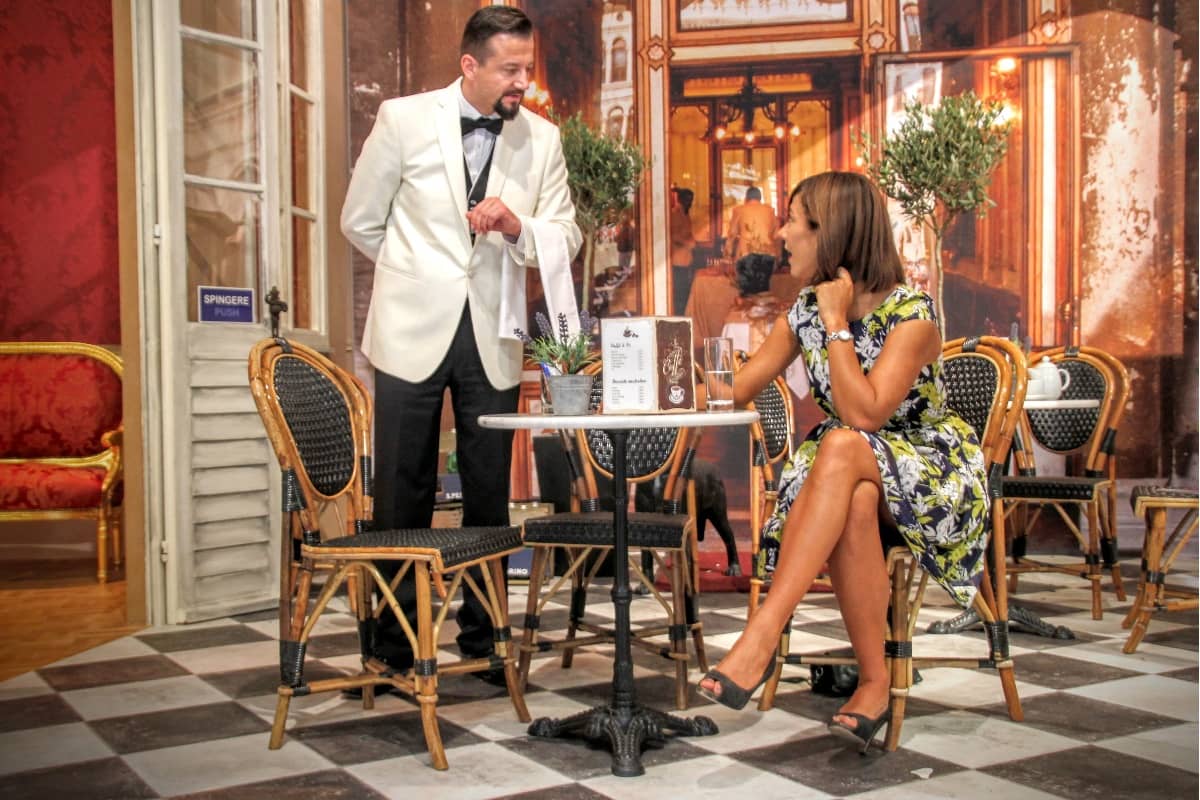 When the word ‘restaurant’ hits our ears, the only thing that pops up into our mind is an image of a plate filled with tasty and delicious food. Speaking of lip-smacking food and restaurants, there are some eateries which are not only famous for their food, but also for its phenomenal look and excellent interior designs.

After reading this, we’re sure that you might have picked up your phone, entered “the best restaurants nearby” and hit that search button on Google. But you know what… you don’t really have to do that.

In this article, we have discussed some of the most wonderful and stylish restaurants all across the world that are designed in such a way that you will simply forget about the food and be awe-struck by its ambience and interior.

With an incredible ambience and stylish set of furniture, the restaurant looks nothing less than an emporium. This place has got its own identity in the world because of its stunning look. Apart from the restaurant, this place also has a library, art studio, design gallery and a boutique, which definitely works wonders in terms of attracting people. Created and designed by Robin Standefer and Stephen Alesch, the look of the restaurant is inspired by the grand cafés of Paris.

#2. Jean Georges at the Connaught, London

With amazing white furniture, glazed glass windows, matching décor and spacious look, this restaurant feels more like a royal palace. The space is not only good in respect to the way it looks, but also offers mouth-watering food which is inspired from an Asian chef Jean-Georges, after which the place has been named.

Its wall-to-ceiling gaps with a stained glass designed by a French artist Jean Michel Othoniel, are pleasing to the eye. From dawn to sunset, its designer windows with colourful glasses represents each stage of the day in the most beautiful manner and also gives a golden glow to the entire restaurant. Moreover, the ‘oh-so-amazing’ design of the drapes also showcases the art collection of Connaught including the work of Sean Scully and Louise Bourgeois.

While the exterior of Bullion has a splendid look with gold brick mirrors all over the space, the interior of the restaurant is equally impressive with stunning mirror added structures. The place is designed by keeping the mid-century style in mind by a British designer named Martin Brudnizki. Also, its art and sculpture is designed by Jean-Michel Othoniel and Kathryn Andrews. The name ‘Bullion’ comes from the Latin word ‘to boil’ and refers to its gold-based interior and exterior, which is designed by a New-York and London based interior designer Martin Brudnizki.

Situated in the world’s oldest running shopping arcade Galleria Vittorio Emanuele II, Cracco is a four-story eating place which reminds us of the Gilded Age. This culinary destination includes a restaurant, café, cellar and wine bar, and has all forms of eating and drinking items available.

Located in the Seagram Building in New York, The Pool is a hotly projected seafood restaurant and bar. The eatery was originally designed by Philip Johnson and later updated by William T Georgis. You will be surprised to know that because of the opening of the restaurant, the glamour rating of New York got a tremendous boost.

It has a white marble centrepiece pool at its centre and above it, they have hanged an Alexander Calder mobile dating back to the year 1958 – the time when Seagram Building was constructed. Not only the stylish furniture but also the beautiful painting on the wall, small water structure, designer radiators and dark lighting makes the entire place look perfect.

With a floor-to-ceiling window and white wooden floors, the restaurant has a panoramic view. Besides, it has an open kitchen which is curved by a vaulted ceiling of pine and hemlock. The place is the latest project of Michel Hsu, a native of Austin, amongst his several other restaurants’ project.

From its menu (modern Mexican) to overall look, everything is just impeccable and more than enough to take your breath away. The interior and architecture of the place includes Zapotec – style drapery by Knoll and Carnegie, concrete pendants in light shades, pecan floors and tabletops, and artwork by Michalovic.

So there we have it – the best eateries, each one of which you must surely visit. Be it New York or Austin; if you’re going to any of the places mentioned above, don’t forget to halt at one of their best restaurants.